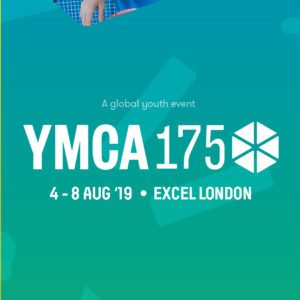 In YMCA’s landmark anniversary year, YMCA175 will harness the energy, creative vision and solution-focused approach of thousands of young leaders drawn from more than 100 countries representing six continents of the world.

YMCA leaders and young people will gather in the city where it all began back in 1844. London will be home to YMCA175, a landmark event that will see YMCA young leaders assemble for a monumental and historical event. London’s premier exhibition centre, Excel which will house the event that is organised by YMCA Europe, hosted by YMCA England & Wales and supported by other YMCA movements including World YMCA.

Create. Provide a platform where young people create a positive change and shape the future as global leaders.

YMCA operates in over 119 countries and has an annual global reach of 65 million people.